Whilst living in China I have made a determined effort to read as much Chinese modern fiction as I can get my hands on. Obviously I am limited in that I have to find books which have been translated into English, but more and more Chinese literature is being translated so I have found plenty of books to keep me going

In my previous blog life I used to write regular book reviews, I have decided to do the same on JT&J but only of the books that meet my criteria of either being fiction written by Chinese writers, or books about China written by authors who know China well.

I’m kicking off with a book that became a blockbuster in China, selling over a million copies and getting shortlisted for the 2008 Man Asian Literary Prize. 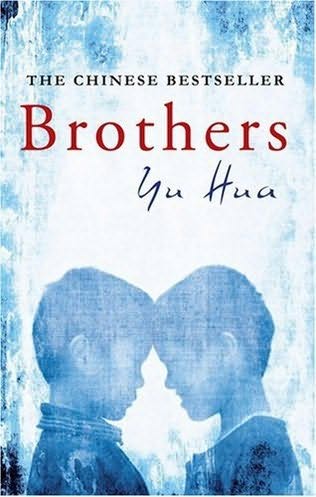 1960s to the present day. This was published in two volumes here in China and became an instant best seller. The English translation is published as one single 700+ page volume. I am sure that it will become a Chinese classic.

The brothers of the title are Baldy Li and Song Gang whose parents marry. Their family live in a small, impoverished, ancient walled town which is a half-day bus ride inland from Shanghai.

Baldy Li is a rumbustious little boy always up to mischief, and very sure of himself. Song Gang, the older of the two is quieter and more introspective, but both boys are totally devoted to one-another.  Not long after the family have been living together, Mao launches the Cultural Revolution, and in doing so unleashes a tsunami of violence and civil unrest in which the entire population is swept up and tossed about, all the old certainties are smashed and no-one knows who they really are anymore.

The reader learns more about the Cultural Revolution – as seen through the eyes of two young peasant lads – than any number of earnest books by historians or China experts.

Violence runs through the book almost casually – with much beating, whipping and death – as does sex, and yet both seem appropriate to the book’s time and place. The humour is bawdy, with repetitive and matter-of-fact cursing, which some readers may find wearing.  Having been learning mandarin for three months now, I am beginning to recognise the speech patterns and it seems to me that the translation is very close to colloquial Chinese.

The second half of the book tells how the brothers both fall in love with the local beauty, by this time Baldy Li is becoming a successful entrepreneur and he is sure he will win her hand, however his rough wooing fails to impress Lin Hong and she marries Song Gang causing a rift between the brothers that lasts for decades.

As Liu Town changes, reflecting the epic journey China has made from the poverty of the late 1950s, through all the massive upheavals of the Mao years, and moving into the new China heralded by Deng Xiao Ping saying ‘to get rich is glorious’ the book reflects the flamboyant excesses of the consumer revolution and some of the wilder shores of moral depravity which have engulfed parts of society as it rushes for affluence are wickedly satirised.

There is the beauty pageant for virgins where thousands of women take part, many of them buying ‘artificial hymens’ in order to qualify; and the slick con man who is selling dubious breast enlargement cream and with whom Gang eventually joins forces, he  persuades Song Gang to have a breast implant in order to improve sales promotion.

The opening chapter telling of the death of Baldy Li’s natural father is agonisingly funny, whereas the death of his wonderful step-father is absolutely tragic.  Brothers is a mixture of Dickens and Rabelais with a dash of magic realism, and a motley crew of characters, I was either laughing out loud or practically weeping.  If you can get your hands on a copy I urge you to read it.

Started my 60s by moving to China with my DH. Surprised to find I am still here in Beijing eight years later - still finding it an adventure!
View all posts by herschelian →
This entry was posted in Book reviews and tagged Brothers, Chinese fiction, Cultural Revolution, modern China, Yu Hua. Bookmark the permalink.