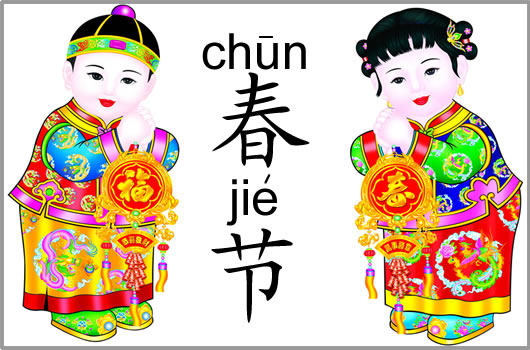 China is gearing up for Spring Festival – Chun Jie – which is the festival celebrating the Chinese New Year. This year, New Year’s Eve is the 2nd of February which is the first day of the 7 day public holiday, though many take a 9-10 day break, employment permitting.

The coming year will be the Year of the Rabbit –  Jinnian Tu – so there are rabbits absolutely everywhere. 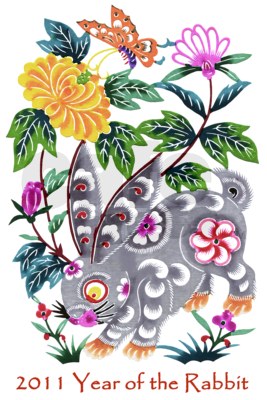 Nearly everyone travels home to spend the holiday period with their family, as this is very much time of family celebration.  Ex-pats living in China often take the time to escape the harsh Chinese winter (the word ‘Spring’ in the name of the festival is optimistic to say the least!) and fly off to warmer climes for a few days.

We have only spent one Chun Jie in China and that was many years ago when we were in the far west, Xinjiang province, in a town called Turfan. So we’ve decided to remain here to see how Beijing celebrates. However  we are going to take a two night mini-break during the holiday period – more on that anon. 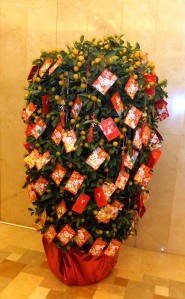 The lobby of our residence has been decorated, as have hotels, office reception areas and restaurants, with pots and pots of tangerine trees all loaded with fruit, and there are red glass lanterns, bonsai plum trees coming into blossom, gilded rabbits, and 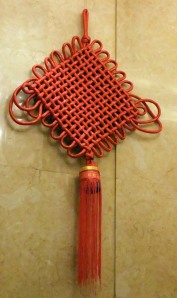 lots of red and gold Chinese knots on display. Plum blossom – real or plastic is also very much in evidence as it heralds the coming Spring. 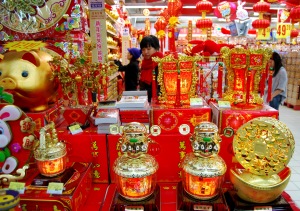 The local shops, supermarkets, roadside stalls etc are loaded down with things for decorating your home or office, and amongst other things for sale you will find hundreds of packets of red envelopes – hong-bao.  It is customary to put money in these and present them to children, staff, your ayi (housemaid), your children’s teacher, the local chap who sells you fruit everyday, etc.

The money should be in crisp, new notes, which means that all the banks have  long queues as people go to get new money to put in hong-bao.  Apparently you should never put an uneven number of notes in the envelope, nor should you put four notes in the envelope, no matter how high the denomination, as four is a very unlucky number. Eight is a lucky number so that is what it is safe to put in – Eight 10 kuai notes, the equivalent of £8.00, is about right for a child

As everyone knows, it was the Chinese who invented gunpowder, and they must use a lot of it at CNY because fireworks 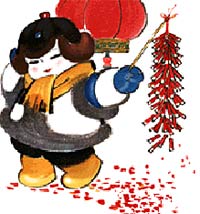 and firecrackers are very much part of the celebrations.  For reasons of safety these were banned within the centre of many of the big cities – in Beijing they were not permitted within the 5th Ring Road. However three or four years ago the authorities relented (possibly because everyone was setting them off regardless of the law), and their use is legal once again.

In one of the local papers I read that they go on sale on Saturday 29th January, and Beijing has been allocated 950,000 cartons of firecrackers for this year’s festivities – and with hundreds of crackers to a carton that is an enormous supply.

Perhaps I should add some earplugs to next week’s shopping list!

Started my 60s by moving to China with my DH. Surprised to find I am still here in Beijing eight years later - still finding it an adventure!
View all posts by herschelian →
This entry was posted in Uncategorized and tagged chinese knots, chun jie, firecrackers, hong-bao, rabbits, red envelopes, Spring Festival, tangerine trees, Year of the rabbit. Bookmark the permalink.