Posted on January 8, 2013 by herschelian

Well here we are again at the start of another year having shuffled off all the highs and lows of 2012.  A squeaky-clean, un-touched year rolls out ahead of us, and I for one do not intend to mar it with resolutions, intentions or anything else which will set me up for disappointment when I fail to achieve them.

Of course, living in China, I get not one but two new years each year – and that is rather good.  At the moment we are at the tail end of the Year of the Dragon – so to speak – and at the beginning of February the Year of the Snake will begin, and not just any old snake but a Water Snake apparently. Which makes a difference I am told. 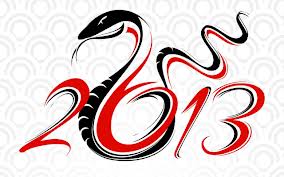 I think I had better do a little investigation into what the Year of the Snake portends – watch this space.

In the mean time, a very happy, peaceful and prosperous non-Chinese New Year to you all.

Started my 60s by moving to China with my DH. Surprised to find I am still here in Beijing eight years later - still finding it an adventure!
View all posts by herschelian →
This entry was posted in Uncategorized and tagged 2013, New Year, Year of the Snake. Bookmark the permalink.