When one is young, one doesn’t really give one’s feet much thought – they are just there –  conveniently placed at the end of your legs.

And whilst I’m on the subject of legs –  what the hell happened to mine? they used to be slim and toned, I thought they were quite nice legs.  Then suddenly they were gone.  I think someone nicked them when I was asleep one night and sold them on the black market, leaving this pair of short lumpy things in their place.  Not much I can do about it now I’m afraid.

Anyway, back to your feet – they have been busy for years, walking you back and forth, skipping, running, jumping, climbing stairs, and  tip-toeing;  ignored most of the time.

The years go by, and you slowly become more aware of your feet: of dry skin, corns, hammer toes, bunions and even gout. Your Achilles heel begins to give you gyp after a game of tennis.  You start wishing you hadn’t taken your feet so much for granted, given that they are one of the hardest worked parts of your body. You find it increasingly difficult to bend down and trim your toenails.  You may even decide you need to visit a chiropodist or podriatist.

Here in Beijing you are in luck, all you have to do is pop along to the Foot Hospital, no appointment needed.

Not to mention orthotics if needed, and various kinds of very Chinese gadgets for stimulating the soles of the feet.

The Beijing Foot Hospital was founded in 1905 (the tail-end of the Qing Dynasty) by some eunuchs from the Forbidden City. 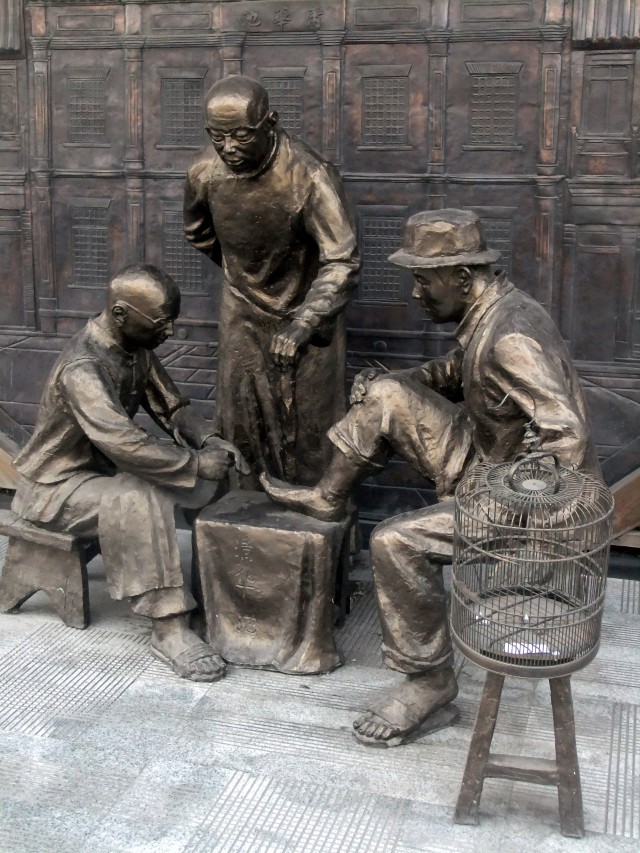 It  is now in a modern, purpose-built location in south-west Beijing.  We have never seen another ‘wai guo ren‘ (foreigner) there. It is such a shame that the ex-pat community are unaware of this hidden gem and the services it offers.

Long, long ago – back in the dark ages – my DH attended a boarding school which had the quaint British practice of ‘fagging’ (Americans reading this blog should see the disambiguation following this post to understand the term.)

One day when he was about 14/15 yrs old he had to sweep out the room of a senior boy and being lazy he couldn’t be bothered to move a bench, instead he used the broom to pull it forward. Alas, alack, the bench toppled over and hit the big toe of his left foot very hard.  Ever since then, the nail on that toe has caused him problems.  After the original nail turned blue-black and fell off, the nail grew back horribly distorted and over time became thicker and thicker. Finally it  became impossible to cut it in a normal way.  Suffice to say this has caused him a certain amount of discomfort over the years.

Why am I telling you this rather unpleasant tale? well, it is because since we came to live in

Beijing his toe – and hence his foot – has been treated and is vastly improved.

When my DH arrives at the BJ Foot Hospital he pays for the service, is shown to an immaculately clean room where a bamboo tub of warm water is brought in which to soak his feet.

After 10 minutes or so, the Foot Doctor arrives, the DH’s feet are dried, he is seated in a huge comfortable armchair and the work begins.

He tells me it is totally pain-free despite the fact that the Doctor uses vicious-looking instruments (all of which come sealed in plastic sheaths, following sterilization).

Twenty-minutes later, the DH practically skips out of the room.

DH has been having this treatment every three months for the past four years, and the transformation in the nail is extraordinary, and I hope it is permanent as one day we will 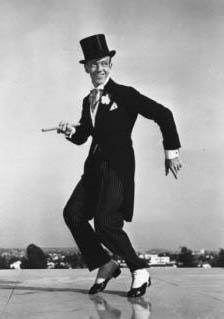 return to live in the UK and it would be upsetting if all the improvement in the nail were to be lost.

So, after spending time at the Foot Hospital today he is able to trip the light fantastic again…what more could a wife wish for?

Fagging – what it means.  Back in the day, English and Scottish Public Schools (Public Schools in Britain are NOT public, they are expensive private schools just to be confusing) were single sex (male), and had a tradition where younger boys acted as quasi-servants known as ‘fags’ for senior boys. These terms ‘fag’ and ‘fagging’ have absolutely NOTHING to do with homosexuality; in English english the word means to exhaust by work/labour.   Even today there is a common British expression where someone might say ‘ I’m too tired, I can’t be fagged to do it.’

Started my 60s by moving to China with my DH. Surprised to find I am still here in Beijing eight years later - still finding it an adventure!
View all posts by herschelian →
This entry was posted in Uncategorized and tagged Beijing Foot Hospital, chiropody, fagging, feet, legs, Public school slang, reflexology, toe nails, toes. Bookmark the permalink.