Chinese proverb of the week: 9

Tasty rice is cooked out of a black pot 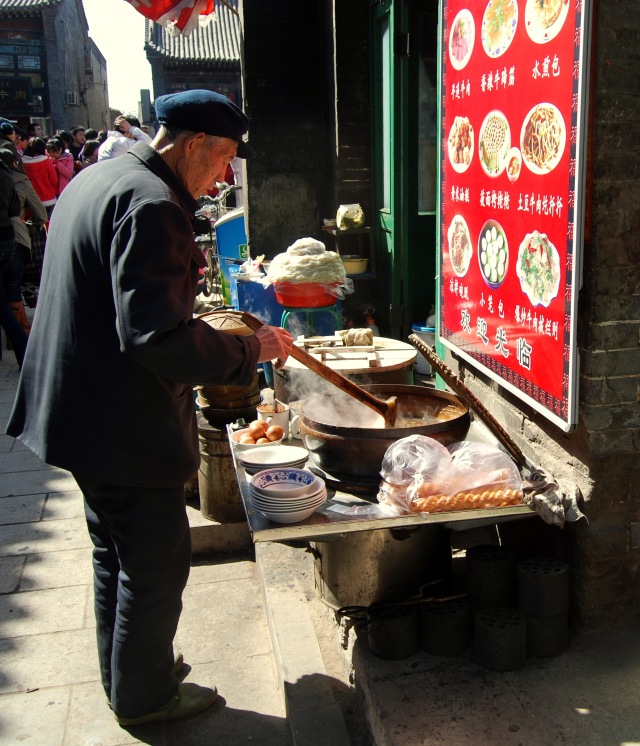 When risk-averse westerners see street food being cooked in China they are often horrified, and I imagine that a UK health inspector would have a fit on the spot if he looked at how it was done; however the Chinese eat this sort of quick meal all the time and one never hears about mass outbreaks of food poisoning.  Having lived here for several years now, I have thrown caution to the winds and joined them. It is true – an unlikely looking old black pot on a street corner can produce very tasty rice!

This proverb is the Chinese equivalent of our saying ‘ Don’t judge a book by its cover’. Which is, of course, very sensible.  When my son and daughter were at primary school in Highgate, north London, they had a wonderful (slightly eccentric) headmaster.                  At ‘Assembly’ every morning he would give the children a homily, and covered all sorts of topics. One of them was not to judge a book by it’s cover metaphorically speaking.  He must have really got through to his pupils, because 26 years later I’ve heard my daughter say ‘Mr Price said we should never judge a book by its cover’ and no doubt she will tell my grandson the same thing one day. Sound advice.

BTW I took this photo in the wonderful city of Pingyao a couple of years ago.  The old chap who was tending the pot out in the street was obviously not up to the mark because a young woman rushed out, just after I’d taken the photo, berated him for some intransigence and took over!  But the rice WAS tasty.

Started my 60s by moving to China with my DH. Surprised to find I am still here in Beijing eight years later - still finding it an adventure!
View all posts by herschelian →
This entry was posted in Chinese Proverbs and tagged book covers, chinese rice, cooking pots. Bookmark the permalink.

4 Responses to Chinese proverb of the week: 9