Rolling out the red carpet for a power station

The President of China Xi Jing Ping 习近平 and his wife have been on a State Visit to the UK this past week, and both the Chinese and British media have been full of it – analyzing what it means for Sino-British relationships, whether trade deals would or should be done,  and how soft diplomacy is working from both sides etc. etc.

All the stops were pulled out to make the four day visit a success, the Presidential couple stayed in Buckingham Palace; one of the magnificent State coaches having been sent to collect them. Her Majesty the Queen hosted a magnificent banquet for them; the solid gold cutlery was laid out and with the scent of the hot house flowers decorating the banqueting tables, the glittering jewels worn by the women and all the pomp and circumstance it must have been a sight to behold.

Meanwhile the BBC was tying itself into knots trying to make every report as negative as possible. Watching BBC World TV here in Beijing I was not alone in being struck by the blatant anti-China bias that coloured virtually every report. Of course there were some protests against XJP’s visit, but they were not exactly overwhelming. 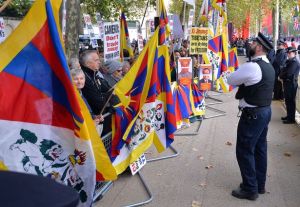 The key words repeated over and over again on the BBC and in certain newspapers were ‘human rights’, ‘lack of democracy’, ‘Tibet’, ‘Falung Gong’ and so on…and don’t lets forget that charming old rogue the Dalai Lama who stirs the pot as often as he can, nor Ai Wei Wei the publicity hungry artist who continually represents himself as a downtrodden victim of the Chinese State. Clips of both of them were trundled out to show what a horrible repressed country China is.
I’ve come to the conclusion that it is partly lazy journalism, and partly an anti-Chinese mind-set.

Of course I am very well aware that China’s human rights don’t match ours in Britain -nothing like; and that it is a one party state (much like Scotland seems to be becoming !), but these things have to be set in the context of what is a huge country with 1.3 BILLION people – the UK has a mere 70 million – a flea bite by comparison.

Governing such a big country with such a massive population so as to ensure that there is no internal chaos, that everyone gets fed and educated, and that they move smoothly from an agrarian to an urban society with more and more of the population being lifted from destitution is no easy task – and they are succeeding.
In just 30 years 660 million Chinese people have been lifted from poverty, and they have wealthier, healthier lives. There is still a long way to go, but legal rights are being reformed, the health system is being re-examined and the people are freer to travel both within and without China than ever before.

If, as a nation, we only engaged with others who had a squeaky-clean human rights record, you could count the available countries on one hand. We are part of a globally entangled world; we get most of our oil from Saudi Arabia whose lack of human rights makes the Chinese look positively saintly; we get much of our gas from Russia and the Russian state is pretty ghastly in terms of human rights too, we trade with – and sell arms to – dodgy governments here, there and everywhere, satisfying ourselves with an easily removed fig leaf of conditions to make it seem kosher.

We Brits are not taught anything about Chinese history – and that is a great pity. If we were, we might have a better understanding as to why China has become what it is today, why we had to ‘give’ Hong Kong back, and why the biggest fear the powers-that-be in China is instability, chaos, war, and famine. We would also understand why most Chinese – who do know their own history – are decidedly wary of British promises and get incensed by lectures from Britain.
Furthermore, if we knew how inexcusably, how immorally our nation worked to ensure the break-up of the Chinese nation during the Victorian era, we might be a little less raucous about telling the Chinese off about ‘human rights’.
The Caribbean nations have demanded apologies from us for our part in the slave trade – we also owe apologies to China for the two Opium Wars, and the fact that Britain deliberately became a drug pusher/dealer to feather its own nest.

Given all that, you can see how clichéd, predictable and generally ill-thought out it seems when at a news conference the one and only question asked by the BBC representative was:
“Why do you think members of the British public should be pleased to do business with a country that is not democratic, is not transparent and has a deeply, deeply troubling attitude to human rights?” 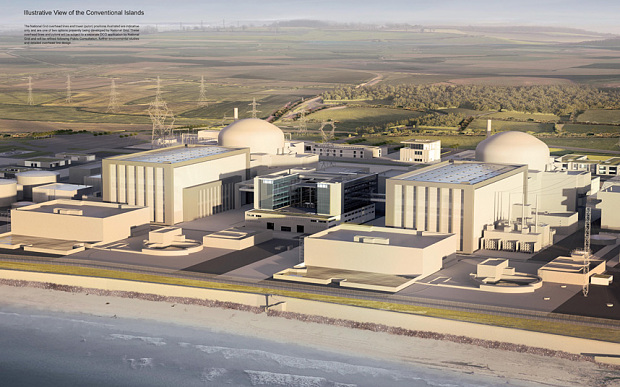 Started my 60s by moving to China with my DH. Surprised to find I am still here in Beijing eight years later - still finding it an adventure!
View all posts by herschelian →
This entry was posted in Uncategorized and tagged BBC bias, Chinese investment in UK, Chinese State Visit 2015, media bias, nuclear power stations, Sinophobia, xenophopia, Xi Jinping. Bookmark the permalink.