When we first came to China 21 years ago in 1996, Beijing  was chock-a-block with bicycles (as were all other towns and cities); there were a few taxis (2 groups – one for locals, one for foreigners), black

government cars, and some little three-wheeler tin-cans on wheels known familiarly as ‘bread vans’ which you could hail (these still exist, but in Beijing the local authority is trying, without success, to have them phased out.). 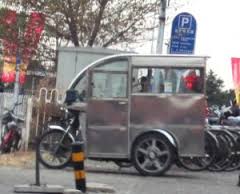 Fast forward to 2016 – millions of cars – both government vehicles and privately-owned; Not to mention mopeds and many  electric powered bikes, and some common or garden bicycles.

Beijing alone has over five million private cars – FIVE MILLION!!! that is more or less the equivalent of the  population of either Scotland or Denmark!  Then there are all the vans, lorries, taxis, government cars etc.    Needless to say, the traffic jams are monumental, and cars are partially responsible for the horrendous pollution for which the city is becoming infamous.

The Beijing Government has been doing all it can to encourage people to use the metro system  which is cheap, efficient and being expanded all the time; or to use the buses and trams that criss-cross the city. About 8 years or so ago, the local authorities here also instituted an urban bike rental system (as many cities around the world have done –  London has done the same with the “Boris bikes”scheme) whereby you rent a bike from a fixed stand and return it to a fixed stand when you no longer need it. However the take-up here in Beijing was  only so-so, as the bike stands were not always in places convenient for users, so the scheme slowly faded away.

Now a new dynamic way of renting bikes has developed in China over the past two years, and it is catching on like wild-fire. In fact my DH and I both think it will cause a revolution in how the population travel.   It harnesses the use of mobile phones (there are approximately 700 million mobiles in the country)  together with an app to access them.

There are about four companies providing this  service and it is completely changing the way people move about cities in China.  The two major companies are Mobike

and Ofo, and they are fighting it out for supremacy.

Ofo was developed as a student project at Peking University in 2015. 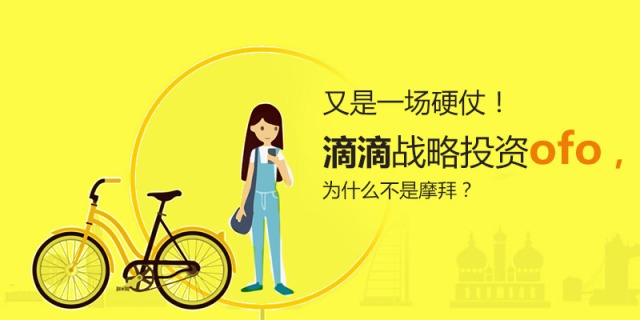 The company is growing fast with 10 million users in 33 Chinese cities and has expanded into Singapore this week, and next month is starting in Cambridge UK (a famously bike friendly city) with 500 of their bikes using the same system as they have here in China.    Mobike was developed in Shanghai in April 2016 but is rapidly catching up with Ofo.

This is how these bike rental systems work:  Firstly you have to be registered with WeChat– which is a more sophisticated (Chinese) version of WhatsApp – and have a WeChat Wallet.  Then you down load the app to your mobile phone – choosing whichever company you prefer. You register with the company which involves giving them your id number (if you are a Chinese citizen) or your passport number (if you are a foreigner), you then give the company a 299RMB (refundable) deposit  – approx £29.90, – and your WeChat wallet details. Bingo you’re in business. Now you can pick up a bike anywhere – and believe me they are EVERYWHERE – you just point your phone at the QR code on the bike, it scans and within seconds it unlocks the bike and off you go. Then you can leave it anywhere you want, just clicking the lock closed at the end of your usage and the company stops charging you. As with Uber, you can see full details of your journey, and the cost to you can be seen on your mobile phone.

All the bikes have an embedded GPS tracking system, and all have burglar-proof locking. The charge for using a bike is 1 yuan (10p) for 30 minutes.   The embedded GPS system means that the bike company knows where the bike is, and can retrieve it if necessary.  Every so often Mobike/Ofo employees go round, collect and tidy the bikes to convenient areas.

Frankly, one would have to be crazy to try to steal one of these bikes – they are so distinctive. Not only that, they have much smaller wheels than regular bikes to stop people from riding them too fast. They are perfect for a busy urban environment.

Recently we had to move apartments, and whereas we used to be 2 minutes walk from my DH’s office, we are now 20 minutes away by metro, followed by a 20 minute walk to the office. Now he picks up a Mobike at the station and cycles the distance in 5-6 minutes. When he leaves the office to come home, he is always able to pick up a bike outside his building and cycles back to the metro. So easy, so convenient and so cheap.

This is a harnessing of technology and practicality which will sweep the world, and I think it will change how millions move about urban environments, Europe, Africa and South America will all benefit from it.

Best of all, it is green technology – no carbon emissions!

Started my 60s by moving to China with my DH. Surprised to find I am still here in Beijing eight years later - still finding it an adventure!
View all posts by herschelian →
This entry was posted in Uncategorized and tagged bicycles, bike rental, Chinese technologies, Mobike, Ofo, transport solutions, Uber, urban transport. Bookmark the permalink.