A week or two ago an old friend invited me to the opening of a very high profile exhibition, and there were all sorts of dignitaries both Chinese and Western walking up the red carpet to attend the event – I was rather surprised to find myself among them. 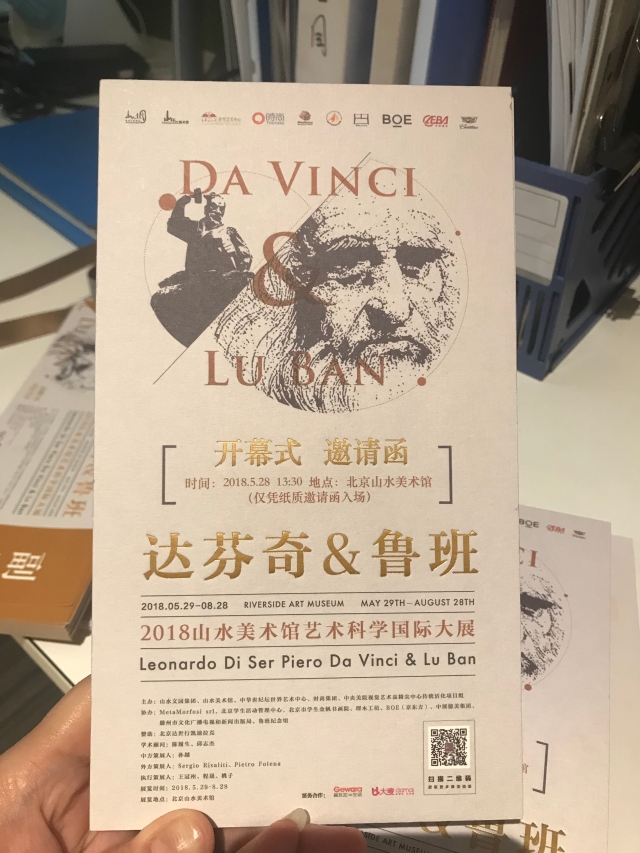 The subject of the exhibition – which is still running* –  is the work of two men:         Leonardo da Vinci and Lu Ban. 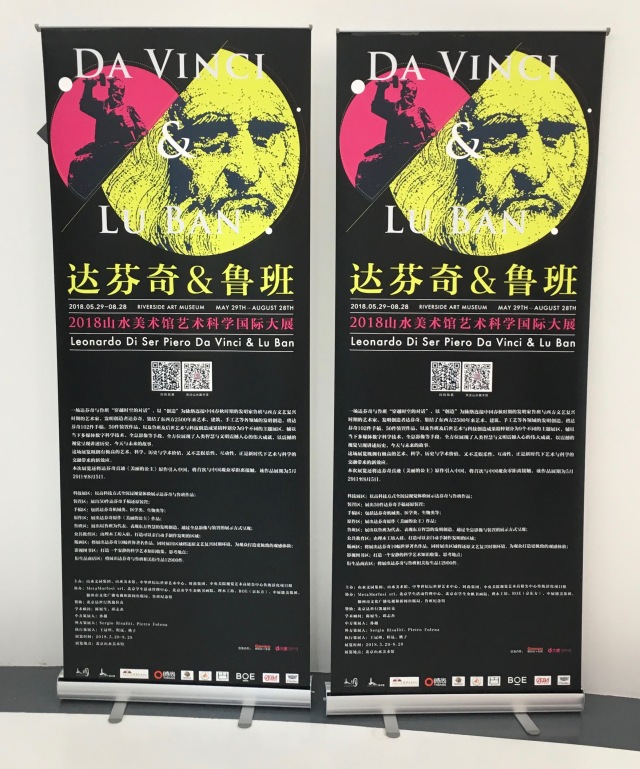 Well of course I know who Leonardo is, doesn’t everyone?  but Lu Ban ? who he?

Lu Ban 鲁班 (507-440BC) was a carpenter who lived and died in southern China nearly 2000 years before Leonardo was born. He is virtually unknown outside China, and even here many people have not heard of him – I hope this exhibition may go some way to rectifying that ignorance.

He was born in Italy in 1452 AD and died in 1519AD. His renowned art works such as ‘The Mona Lisa’, ‘The Last Supper’ and many others, are priceless and held in museums and galleries all over the world for everyone to gaze at, as are the notebooks he kept which detail his inventions, engineering designs, studies of anatomy etc.

Lu Ban, whose family name was Gongshu Yizhi, was born into a renowned family of carpenters  and artisans in the State of Lu (in the southern part of China), during the civil wars of the Spring and Autumn Period of Chinese history (770 – 426 BC). He quickly became famous as he was (like Leonardo 2000 years later) a polymath:  Carpenter, Engineer, Philosopher, Inventor, Military thinker, and eventually Statesman – but unlike Leonardo he was not an artist.   His legacy lives on to this day, as much of what he did was recorded at the time and many of his inventions are still being used in new and innovative ways.

Amongst other inventions, Lu Ban came up with a design – rather crude to be sure -for what is a prototype of the modern bicycle, made entirely of wood and using pedal power and gearing, it seems to have worked. Recently  one was  re-created here in China and it could be seen moving around streets of the city. His design to improve chisels, the saw, the square, and planer and other woodworking tools have had a lasting legacy, as has the ruler he devised to ensure accuracy when building or making anything.

He invented the ‘Cloud Ladder’, a counter-weighted seige ladder, and also a grappling hook and ram for use in naval warfare.

Other Chinese inventions were becoming known and used in the West as knowledge flowed down the Silk Roads – for example the locks  which make it possible to regulate water levels in canals and waterways so that vessels can travel up and down them were unknown in the West, but knowledge of them arrived from China and was quickly replicated.  It seems highly probable that some of Lu Ban’s inventions also became known in a similar way.

There are those who have studied the History of Science who think that Leonardo knew of, and was influenced by, the work of Lu Ban.  Although there is no hard evidence of that being so, it does seem coincidental that they both came up with designs for a wooden structure to enable a man to fly, and some of their inventions were remarkably similar. Lu Ban’s ‘wooden bird’ which could carry a man is accepted as the fore-runner of the kite together with the work of Muzi, started being developed properly in the city of Wei-fang which is, to this day known as the Kite City.  There you can see a modern statue depicting Lu Ban about to fly!

Lu Ban has also left his mark on the Chinese language: “ban men nong fu” 班门弄斧  is a Chinese idiom which translates as ‘Ban’s door, show-off axe’  and is used in the same way as we use the English idiom ‘teach your Grandmother to suck eggs‘  – ie don’t show off your amateur skills in front of a master!

*If you are going to be in Beijing in the next two months, the Exhibition is at the Riverside Art Museum, Chaoyang District until 28th August 2018 – well worth a visit.