I haven’t been writing this blog for a couple of months as I have had some health issues to contend with, and then – just as I seemed to be getting on top of things – my DH carelessly managed to rupture his Achilles tendon rather badly and had to go into hospital for an op. Needless to say, he is now – some weeks later – becoming rather impatient with being confined to the apartment with his foot in a large rigid ‘boot’; he is not allowed to put any weight on it for a while.
Friends and colleagues have been coming round bringing gifts of fruit, flowers, books to read, and generally keeping him company. We are both so grateful for their kindness and support.

Two Chinese acquaintances for whom Alistair once did a favour turned up to see him the other day, and brought him some fantastic green tea and a very smart wooden box which contained 20 glass vials, in each of which was a single caterpillar fungus. We made polite thanks but I wondered what on earth we were supposed to do with this gift. 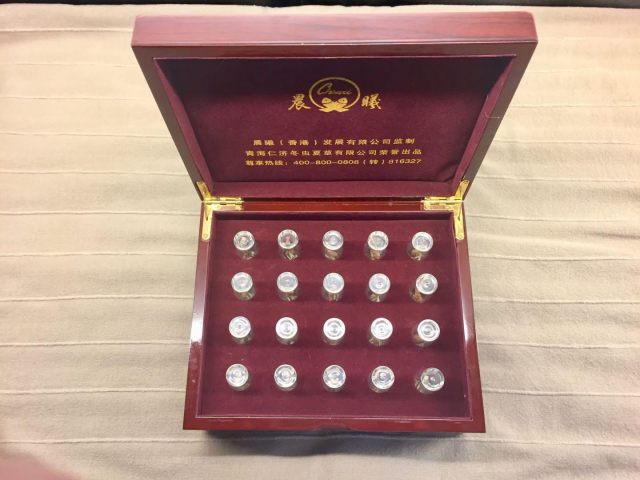 This had obviously been chosen for the DH specifically because of his injury and subsequent surgery. One of the uses for Caterpillar fungus in Traditional Chinese Medicine (TCM) is to aid post-operative healing. This is the most expensive ingredient available in TCM , weight for weight it costs more than gold, platinum and diamonds – so this box of 20 fungi was not only thoughtful but very, very generous. 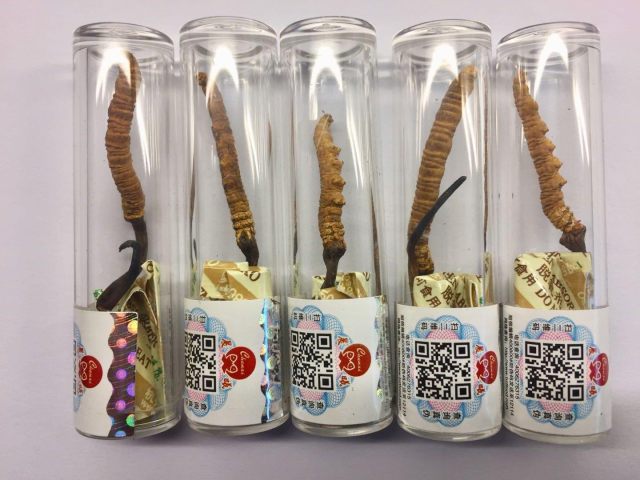 What is ‘caterpillar fungus’I hear you ask. 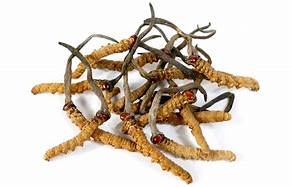 Well, it is a wild fungus that grows in grassland at very high altitudes – mostly in Tibet or Nepal or the Qing Hai province of China. It has to be harvested by hand in the late spring or early summer, an extremely laborious task. 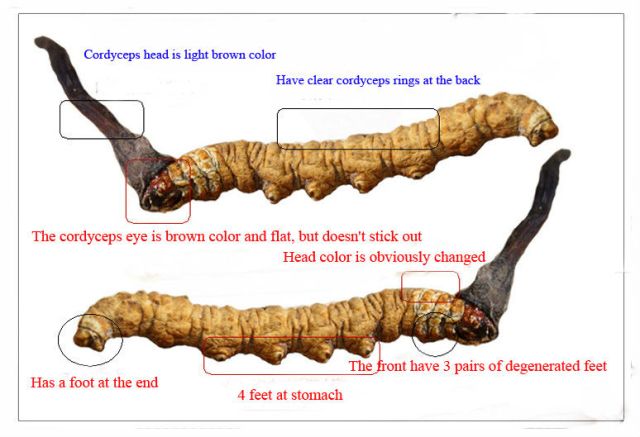 The Chinese call it ‘Summer Grass Winter Worm’, it’s full Latin name is Cordyseps Sinensis, and it is sometimes referred to as ‘Himalayan Viagra’!
It is the result of a parasitic relationship between the caterpillars of the Himalayan Bat moth and the cordyceps fungus. These caterpillars burrow into the ground, when they feed on the roots of a cordyceps fungus they become infected by its spores; the spores then start growing inside the the infected caterpillar’s body, replacing the tissue with its own. When the caterpillar is about to die having been totally overtaken by the fungus, it moves up to the surface of the ground where it expires. 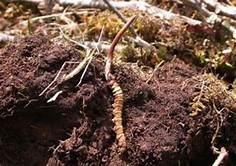 As it only grows wild at very high altitude it is not easy to access. Local villagers in Qing Hai and Tibet go out in the late spring and spend days crawling over the ground searching for the fungus. Areas of land where it is known to grow are jealously guarded and in recent years, as the price has risen, there have been some serious fighting between neighbouring villages as to who has the ‘right’ to certain patches of grassland. For most of the communities up in these high, desolate places, the fungus represents nearly a quarter of their annual income – however they do not get the huge prices which accrue as the fungus is moved from middle-man to middle-man down the supply chain until it ends up in Hong Kong, Beijing and Shanghai where it is elaborately packaged for sale.

Caterpillar fungus has featured in TCM and Tibetan medicine for over 2000 years and was always expensive, but it really became super valuable in the last 15-20 years when researchers for ‘Big Pharma’ companies around the world came across it. They had discovered that the active ingredient in each of these fungi is cordycepin which is extremely powerful and has huge potential for use in the treatment of some cancers. Additionally it seems to boost the efficacy of chemotherapy as well as mitigating some of its worst side effects. It also strengthens the immune system and aids the movement of blood to the heart. Many studies are underway, as you can imagine.

In China caterpillar fungus is usually taken by being cooked into a special soup which people drink to get the benefits….having said that, one Chinese chap I know said all you had to do was soak a couple of the fungi in a bottle of Baijiu, and then drink that! 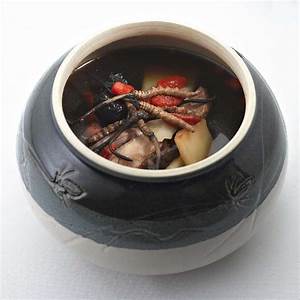 I have been given several recipes for making such a soup, all of which involve other esoteric ingredients – black chicken, dried Angelica root, slices of dried Milk Vetch etc.
Some friends who have seen our box of fungi have warned us to exercise extreme caution as the caterpillar fungus is an extremely powerful ingredient and it is possible to have an adverse reaction – particularly if one is taking other (Western) medicine. So after much discussion we have decided to give it a miss. This box of 20 ampoules will be ‘re-gifted’ in due course, which is probably how we were given it in the first place!

Started my 60s by moving to China with my DH. Surprised to find I am still here in Beijing eight years later - still finding it an adventure!
View all posts by herschelian →
This entry was posted in TCM, Uncategorized and tagged Caterpillar fungus, Cordyseps sinensis, Himalayan viagra, Medicinal soup, Summer Grass Winter Worm, TCM. Bookmark the permalink.