There are some things about China that mystify me, and this is one of them.

Putting silkworm poo (excrementum Bombycis Mori) into pillows is definitely high on my list of odd things.   I have discovered that many Chinese think that babies and the elderly should have these special pillows which will help them sleep well and also aid various medical conditions.

Few pillows here seem to be filled with feathers as is common in the UK and Europe, most are filled with latex or silk fibre, and also buckwheat hulls. 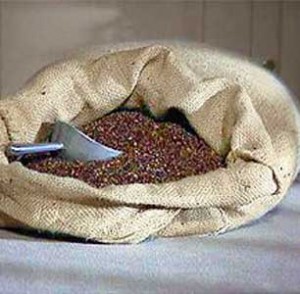 Pillows made with buckwheat hulls are extremely popular in Japan and the US as well as in China, they are hypo-allergenic and don’t harbour dust mites. But in China they usually come with extra ingredients. Camomile, wild Chrysanthamum flowers, dried Mint, Honeysuckle flowers, something called pueriaroot are just some of the many things that are put into these pillows but they always  include  SILKWORM POO!  This is gathered from June to August every year, dried in the sun and then cleaned (?).

These pillows are marketed specifically for babies (over 3 months) and the elderly, and there are many manufacturers.  Here is the marketing spiel from one of them:

I’ve been buying some new baby gifts recently, but somehow I felt that silkworm poo pillows would not appeal to the mothers of Alia-Maria, Isaac and Rachel.

Started my 60s by moving to China with my DH. Surprised to find I am still here in Beijing eight years later - still finding it an adventure!
View all posts by herschelian →
This entry was posted in Uncategorized and tagged baby pillows, pillows, Silkworm excrement, silkworm faeces, silkworm poo. Bookmark the permalink.