China and the Demon Drink

China  has been producing alcohol for some 5000 years.  Although the country is beginning to produce increasing quantities of wine (more on which in a later post), the alcoholic drink that typifies China is baijiu (pronounced ‘buy-jee-oo’) aka shaojiu  which translates as white wine/white alcohol/white spirits.   Unlike the Japanese ‘rice wine’ sake which is brewed, baijiu is a distilled spirit produced from a base of fermented grain – this can be wheat, sorghum, millet, glutinous rice or even a mixture of grains.  It has a typical ABV (alcohol by volume) of 40-70% (80-120 proof) which is far higher than most spirits commonly drunk in the West.

Supermarket shelves groan with dozens of brands of baijiu, many of them in beautiful bottles, elaborately packaged in boxes lined with silk – these are usually expensive and

used as gifts, but there are also the bottles of everyday drinking baijiu which is consumed in vast quantities – and I do mean vast.

There are many types of baijiu, but they all fall into one of two broad groups, either flavoured or unflavoured. Flavoured baijius are uncommon, produced in small quantities for local consumption, for baijiu afficionados or as TMC. Unflavoured varieties are the most usual, and some of the most famous types of baijiu fall into this catagory including top-end brands such as Moutai and Wuliangye. 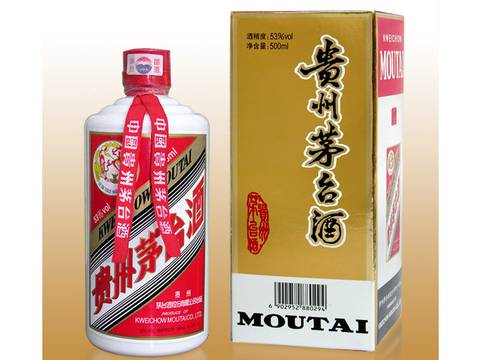 Made from wheat and sorghum in the town of Maotai for the past 200 years, Moutai was Chairman Mao’s choice of baijiu for official banquets and entertaining foreign dignitaries.

The average working man in north-east China  cannot usually afford such expensive spirits and will opt for erguotou a type of baijiu which is particularly drunk in Beijing, the best known brand being Red Star (hong xing). When the PRC was formed in 1949, Chairman Mao wanted every Chinese family to be able to buy a bottle of good baijiu for a low price; a state run company was set up and the ergoutou they produced was named Red Star. Indeed it has become such a national  icon that it was one of only two ‘official’ alcohols selected to be sold at the 2008 Beijing Olympics.

Westerners who have sampled baijiu have a range of descriptions for the taste: 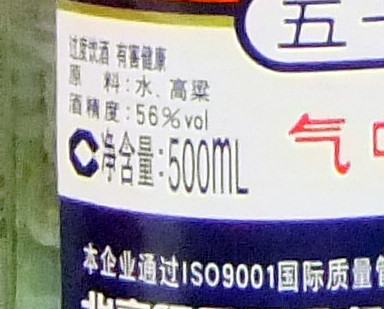 “a solvent with barnyard aromas”….

these are very typical comments so I suppose you could say it does not appeal to the occidental palate!

I am not averse to a good strong drink (or two!!) but the times I have tried baijiu nearly did me in.  Apart from the taste, when you swallow it you suddenly feel that your throat and lungs are on fire, and that your eyeballs are going to pop out of your head.  I was rendered speechless for about 10 minutes.

Now when offered it I firmly insist on something a little less lethal.

I’ve been told that on one occasion baijiu could have caused the White House to burn down. According to the tale (and I have no idea whether or not it is true) when President Nixon made his historic trip to China in 1972, his officials warned him of the dangers of consuming baijiu.

However  he seemed to have enjoyed his tipple,  and when Premier Zhou Enlai showed him how you could set light to the spirit in your glass he thought it a good party trick. When he returned to the USA he had two bottles of Moutai in his baggage.  Back at the White House he determined to show the trick to his wife and others.  The Moutai was poured into a bowl and he set light to it…alas the bowl cracked with the heat and the flaming liquid spilled out, setting the tablecloth ablaze. This caused the fire alarms to go off and the sprinkler system to switch on! Consternation all round.

Baijiu is very, very potent and plays a big part in Chinese business culture – steer clear, you have been warned!

Started my 60s by moving to China with my DH. Surprised to find I am still here in Beijing eight years later - still finding it an adventure!
View all posts by herschelian →
This entry was posted in Uncategorized and tagged alcohol, baijiu, Chinese liquor, demon drink, ergoutou, Moutai, nixon in china, strong drink. Bookmark the permalink.

3 Responses to China and the Demon Drink